In this article we will figure out about How to Boot Someone Offline Xbox. A Xbox Booter permits a gamer to boot individuals offline on Xbox by sending a disavowal of administration assault to their public IP address that kicks them offline in a split second.

In the event that you have at any point thought about how you got separated arbitrarily or someone compromised you through a message or party visit and afterward got booted. This article will show you all that you want to be aware of Xbox booting and how to shield yourself. 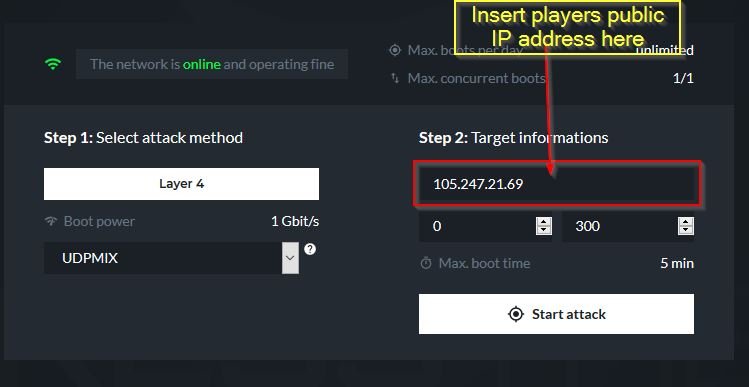 How to Boot Someone Offline Xbox

HOW TO PULL IP ADDRESSES ON YOUR XBOX

Consider your IP address, similar to your personal residence. It’s remarkable and you realize who lives there. With an IP address similar standards apply, your ISP appropriating a public IP address to your switch and accordingly your switch appoints nearby IP locations to your gadgets inside your home (Your Xbox, PC, cell phone and so on).

Is it illicit to boot someone offline on Xbox

As booting someone offline on Xbox has become perhaps the most incessant movement happening all over the planet among the gaming local area, making regulations against Blizzabelle Skin in Fortnite Xbox it was significant. Under the Information Technology Act, 2000, of India, it is illicit to boot someone offline or hack into someone’s organization. Booting is extremely illicit and untrustworthy and assuming it happens to a Xbox client it is exhort that they should turn off the switch and leave it off for a couple of days.

Moreover. The most widely recognized method for booting individuals offline Xbox is by utilizing the authority Microsoft tools and administrations. These can found in Settings, Account Management, Privacy and Online Safety, or they may likewise seem while you’re playing with someone who has their security settings set so Microsoft can enlighten them concerning new highlights. You could experience further messages assuming something turns out badly during an internet game. For instance, in the event that there’s a server blackout or upkeep, your control center will most likely attempt to inform you of this through voice orders (assuming it hears any), messages on the screen, and so forth. In the event that these are not working accurately, somewhere around one individual for every meeting ought to get boot offline Xbox as quickly as time permits.

Could you at any point boot on ps4?

Indeed, you can boot on ps4 by holding down the power button for a couple of moments until the control center powers off.