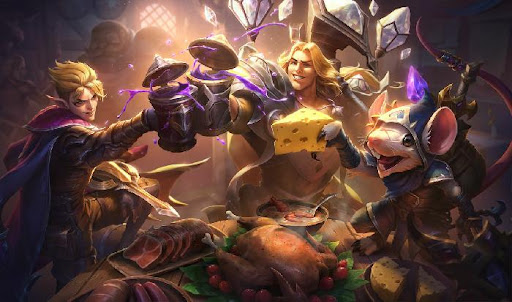 From this lol esport guide, you will see that In the initial duels, 2v2 shows high efficiency, since the damage is quite high, and Tarik can deal with it extremely often and quickly. The further the game goes, the less effective this passive becomes in terms of dealing damage, but it remains always useful since Tarik’s skills take a long time to cool down.

Passively, Tarik accumulates charges, depending on the level of his ability, there can be from one to five of them. He charges them long enough, but one hit under Bravado Will immediately accumulate one charge.

The skill is mana-consuming, but in one fight you can heal a lot of health. The healing is massive, which means Tarik will restore health to everyone in the healing radius.

Tariq places a shield on an ally based on the ally’s maximum health and creates a bond with them.

Thanks to this link, Tarik can relay all his skills to the linked ally as well.

The link lasts until Tarik and an ally move too far apart, or until Tarik creates a link with another ally.

The link remembers the ally, and if you get within a certain distance, it will reappear. This will help Tarik maintain an initiation or rescue an ally in need while away from the scene.

Tarik prepares a beam of light for 1 second, outlining the boundaries of the strike, and then blinds all enemies in the area for 1.25 seconds and deals magic damage to them. Tarik can move and use skills or basic attacks while channeling.

By using Bastion two areas of blindness are created.

DazzleTariq is a beam, not a projectile, and therefore cannot be blocked by skills such as Wind Waller Blade Whirl, as well as other similar ones.

Within 2.5 seconds to Tarik and the bound skill Bastiona star flies to an ally, outlining a shining circle, and then for 2.5 seconds imposes on all allies in this circle invulnerability to absolutely any damage.

Allies will still be controlled.

The skill helps in both initiation and retreat, but the enemies also see the area of ​​invulnerability, so it is important to guess the moment.