Hearthstone is a well-known online card game that was released in 2014 thanks to the efforts of developers from Blizzard Entertainment. The Blizzard team was able to create a unique game that takes place in the beloved world of the Warcraft universe. Gamers liked card duels in XC, and the game quickly acquired an army of fans. 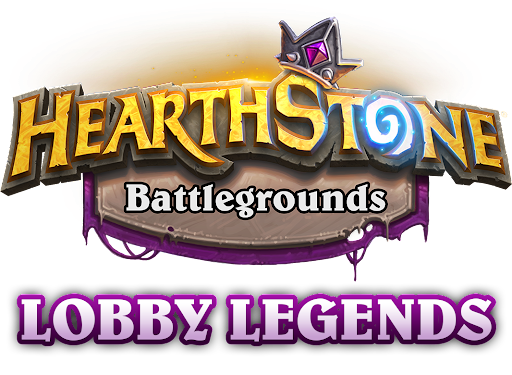 But the main achievement was a breakthrough in eSports. Hearthstone is known as the world’s first online card game that was included in the list of eSports disciplines. The Hearthstone tournaments may be inferior in popularity to the League of Legends or Dota 2 competitions, but the card game did not pretend to become a mass cyber discipline. In the remaining part of this article, you will learn more about Hearthstone eSports schedule and how it takes place all year round and is very diverse.

Everything You Need To Know About Hearthstone Tournaments Schedule

The Hearthstone game has been around since 2014, but the interest in it from the fans does not subside to this day. Blizzard Entertainment is trying to diversify the gameplay and periodically release updates, such as Hearthstone Battlegrounds. In addition, developers take an active part in organizing competitions.

Professional Hearthstone esports tournaments are either personally curated by Blizzard or are hosted by trusted tournament operators. Each event becomes a real holiday for fans of the game. Fans can participate in contests, chat with their idols, in a word, have fun. Cyber Sportsmen are more serious at this time, as they are focused on the game. Their motivation is quite high because the prize fund of a major championship can reach several hundred thousand dollars.

The Main Types Of Xc Tournaments

All competitions can be divided into 3 types, each of which is unique in its way:

Competitions are held based on the following tournament brackets:

Matches are played in the standard esports Bo1, Bo3, and Bo5 format. The number indicates the maximum number of fights per match.

For class peaks, the following options are most often used:

What Hearthstone Tournaments Are Worth Paying Attention To?

The eSports life of the XC community never stops. You can watch the broadcasts of the championships or visit them in person all year round. We can recommend the following series of competitions:

DreamHack is a league organized by the company of the same name. Each Hearthstone tournament held in this series becomes a big event for both players and fans. Here you will see some of the brightest and most impressive matches.

Masters Tour – includes large-scale competitions, which are organized by Blizzard. Hundreds of players from all over the world are competing to share the prize pool of hundreds of thousands of dollars. Events are held in major cities around the world and attract a large number of spectators.

Grandmasters is another elite series of tournaments from the creators of the game. As part of these competitions, the best players in the world who take first place will receive not only a cash prize but also a ticket to the World Championship.

Our story about the most prestigious Hearthstone esports events would be incomplete if we didn’t mention the World Championship. This is a huge event that takes place annually at the BlizzCon festival. It is here that you will meet the most interesting duels between the masters of XR. The winner will receive several hundred thousand dollars and the prestigious title of world champion. Perhaps this is one of the most significant tournaments not only in the game but in all eSports.

What To Expect While Working In Hearthstone eSports

According to Bykov, this is a very chaotic and rapidly changing industry – you need to constantly adjust work processes and the overall approach. At the same time, if you are engaged exclusively in niche esports tasks, then it will be difficult for you to find a job when changing the field of activity. If you go into classical brand management, it will be very difficult to prove why you are better than other candidates.

Since there are few esports companies and they are scattered all over the world, sometimes you need to follow the work. There are few hubs in the world where you have many options for working in one place. Moving around is not easy. Many of Bykov’s colleagues organize two tournaments a month, they do not see their families and children. Many cool professionals half an hour before a very important broadcast call children, relatives, show what is happening around. And over time, he began to do the same. This allows you to calm down a little during stressful work. Sometimes you have to face very difficult situations.

Dashtoyan added that esports is a narrow specialization, and this is a double-edged sword. On the one hand, you become one of the few professionals, on the other hand, there are not very many related professions. For example, esports and gaming are not very overlapping things.

Initially, eSports attracted people from sports, but now it’s the other way around. Dashtoyan received offers to work with traditional sports teams. Therefore, there is an option to go into traditional sports.

He also said that for a long time in eSports there was a problem with personnel. There were a lot of enthusiasts who were well motivated, but they did not have hard skills and good education. At some point, you will need people who are good at marketing and PR. Previously, there were few of them, and the education of Moscow State University was Dashtoyan’s competitive advantage. Now it is not such an urgent problem, but the echoes are felt.