Football is the number one sport in the world. This can be judged by the popularity of the Footwagers prediction website, which is in high demand among fans. Football fans love to play sports simulators, the most popular of which is FIFA. It is played not only at parties with friends but also at serious eSports tournaments with multi-million dollar prize funds. 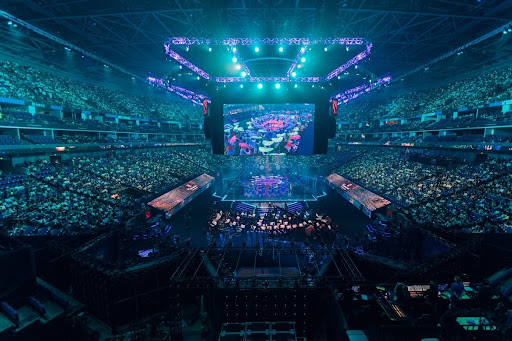 In 2022, the gaming season began with the FIFA Champions Cup 2022 tournament, where the best Asian teams competed for 100 thousand US dollars. In parallel, the FIFA 22 Global Series – Team of the Year Cup was supposed to be held, but the event was canceled due to the pandemic. It will be held this year, but in a different format, like several other top tournaments.

In big football, there is the Libertadores Cup – the main international tournament in South America. Its status can be compared with the European Champions League. In eSports football, this Cup is also held.

This year, eLibertadores will take place from 19 to 20 March. It will be attended by 8 teams from South America. Esports players can qualify for this tournament through qualifications that will end at the end of January. Based on the results of the qualifiers, the strongest players will advance to the final part of eLibertadores 2022. 100 thousand US dollars will be raffled off at the tournament. The first three places will take 35, 25 and 15 thousand dollars, respectively.

This championship should become one of the main ones in 2022. It will feature all the teams that have qualified for the FIFA 22 Global Series – Team of the Year Cup. Here the teams will again compete for an impressive prize fund of 500 thousand US dollars.

The championship will be held in London from April 29 to May 1. First, 32 participants will play round-robin matches in 2×2 format. After that, the strongest duos qualify for the next stage – the playoffs. According to the double bracket, the teams will play for a place in the final, where the fate of the trophy and the main cash prize will be decided. The winner of the FIFA 22 Global Series – Team of the Season Cup will earn $100,000 and a ticket to the FIFAe Club World Cup 2022.

May 28 will host the final of the Champions League football – one of the main tournaments of the season. The strongest FIFA teams will also play a day earlier. The eChampions League 2022 draw will take place on May 27th.

Qualification for this tournament began in December 2021. The group stage will take place on February 19-20. Of the 32 participants, 16 will advance to the next stage. On April 23-24, they will play in the playoff series. The 8 strongest esportsmen will receive tickets to the grand final, where the main prize of the eChampions League 2022 will be played. In addition to the title of the strongest player in Europe, the winner will receive 75 thousand US dollars. In total, the prize fund in the amount of $225,000 will be raffled off on the final day

What Does A Tournament Organizer Do?

Bykov said that his managerial work was divided into two areas. The first is the organization of tournaments that the company holds for its own money and wholly owns the competition brand. He was involved in the selection of contractors and the format of the show, the purchase of the cup, and PR management.

The second is when a tournament organizer comes to the developer. In esports, any organizer must obtain a license to run a tournament from the developer or publisher of the game. When such people came to Bykov, first of all they discussed the scale of the event. If it is small (up to 10 thousand euros), then an automatic license was in effect.

But there were people who wanted to organize a tournament for half a million to a million dollars. They use the publisher’s IP and a lot of publicity in the media. And then the publisher must ensure that the game is presented in the right way. Working on the side of the publisher, Bykov helped the organizers to create the right identity for the tournament. I also advised when planning the date of the event so that it does not overlap with other tournaments – some of them are not publicly announced, but managers have information about them.

Sometimes there are unusual tasks. For example, Bykov organized show matches for the Blizzard stage at Gamescom. He created a format so that each show match fit into a couple of hours, chose who should be invited from talented players, how to advertise new features of the game on stage, and so on. At the same time, in most cases, he worked with contractors: he hired a company that brought all the equipment and equipment.

Agencies For Players – A Free Niche In Esports

Dashtoyan said that the players quickly rise, earn good money, but do not know what to do with it. And when esportsmen fly out of the industry, they are left with nothing. Therefore, there is a need for an agency that will partner with the players and tell what is happening, how to properly manage finances, how to develop media in order to attract sponsors and a team. There is such a thing in streaming, but there is still little in eSports.

In some matters, the interests of the team and the player do not coincide. The player always needs to ensure that someone represents him – for example, a lawyer.

Players tend to look at salary, prize percentage and, at best, conditions for terminating a contract. However, there are many other important things. For example, if a player gets a personal sponsorship and becomes a brand ambassador, how is the money shared? Does a player have the right to promote personal sponsors? Does the organization have any obligations to promote this player? Cool organizations do a lot to produce their talent, but they still need a third party to stand up for the players.