The well-documented evolution of the iGaming industry has been great for gamers, but the sheer increase in games has created competition for developers to make their games stand out. It means they are constantly looking to create games that get the highest possible audience.

Some will explore wider societal and popular culture trends to decide what to base a game on. For example, you will see many virtual machines containing elements of your preferred leisure and recreational activities. Others might include mythical creatures and historical figures. Let’s explore some unique slot machines, examining the different audiences that might be playing them.

A pirate’s life for you

Across the world of TV, cinema, and video games, there are many examples documenting the adventures of a pirate out at sea. The lovable rogues have also forged a path onto our preferred slot machine. Many virtual machines try to replicate the pirate lifestyle using key images and sound. There is a high amount of pirate-themed slot machines across the internet.

The Canadian provider Bodog is just one example of this, offering an incredible amount of new and exciting twists on classic casino activities. This online casino in Canada offers amazing games, with many featuring some rather unique pirates. There’s Pirate’s Quest from Games Global. They transport you to the blue seas of the Caribbean as you try and home the treasure. The visuals again play a part in the immersion and transporting you to those Caribbean surroundings.

Or how about a trip on safari

Trips out on safari remain extremely popular for so many Americans and Canadians. An article in The Conversation indicated that a big reason for visiting the African continent is the opportunity to go on legendary trips to safari. Given this popularity, elements of safari trips provide more inspiration for developers. Africa goes Wild, developed by Leander Games, is a popular game amongst online slot fans. In addition to the safari elements, gamers will also see numerous machines that feature creatures from within the animal kingdom. 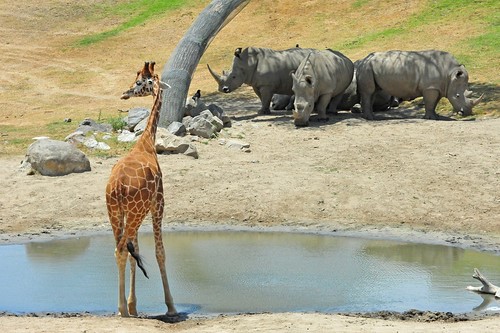 There are historical figures, locations, and events that could be featured

Developers across the iGaming industry love to utilize elements of history. One of the most popular is Cleopatra. She has remained a talked-about historical figure, thus providing constant inspiration for developers wanting to take advantage. Games based on the Egyptian Queen quickly find themselves at home amongst the numerous games based on many other elements of Egyptian culture, with the pyramids and the River Nile both featured,

Given the worldwide popularity of soccer (football for any English readers), it’s perhaps surprising that developers haven’t utilized the sport to create a themed slot machine. With the upcoming World Cup involving both Canada and United States, it would be interesting to see if we see World Cup-themed machines nearer the start of the tournament.

What can be used in the future?

As we have already suggested, developers will constantly be looking for new ideas. As trends develop in society, we are bound to see new games created, and it will be interesting to see what developers come up with. With technology evolving at a rapid rate, creators of slot machine games should take advantage and create memorable titles giving gamers some fantastic experiences. It will be fascinating to see where we are transported next.