In this article you will read about How to Clean PS4 Fan. The PlayStation is known for how extraordinary it is, it has a How to Clean PS4 Fan like shape, prominent for its sharp edges and minuscule size. With all this comes one significant downside that is the ducted fan tends to trap dust, and after some time, it will have to spin outrageously fast to keep your system cool.

This means that the noise of the fan will be much louder than expected. The fan inside the ps4 especially the original model that was released in 2013 is about as loud as they come. However, fixing the problem is unexpectedly quite straightforward, especially if you have a newer ps4 slim or ps4 pro.

If you have warranty, you can easily go and get your ps4 cleaned up. However, if you are out of warranty, it is no big deal. The new ps4’s that are the ps4 slim and ps4 pro both feature easy to remove plastic hoods, this might help you take care of that dusty fan without actually taking it apart.

What is inside your ps4? 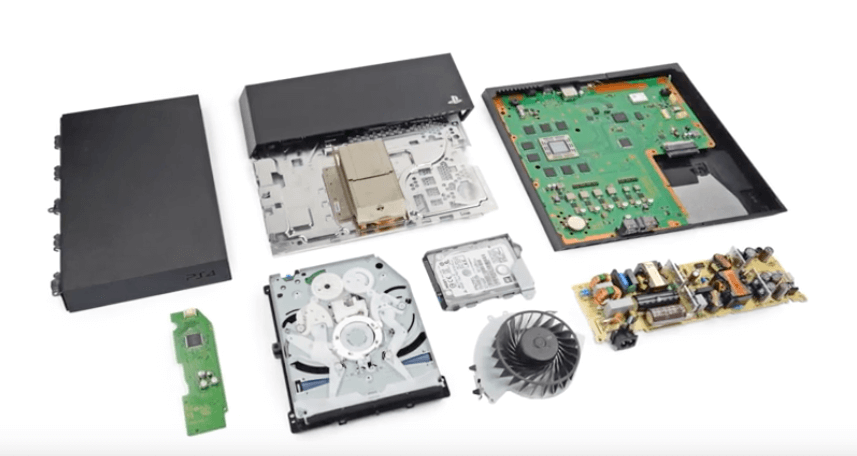 While taking your console apart is never recommended, you may be curious as to what is inside the console. Inside ps4’s protective shell, there are various chips, wires and boards. On the top left of most ps4’s is a hard drive placed. Then there is your noise culprit – the centrifugal fan. A power supply is also present which runs on alternating current at 120/240 volts. The DVD/CD drive, an optical drive board and the motherboard along with several capacitors are appear.

What causes the loud noises?

The fan is a decent size, its diameter is about 85 and the job of this centrifugal fan is basically just like any other fan that is to cool down the console as it starts heating up. Heating up of the console occurs when you have been gaming for several hours in a row. This also depends on the type of game you are playing. If you are playing a game that has heavy graphics, you can expect to hear some loud whirring noise a little early than if you are playing a game with normal range graphics.

It is not dust resistant. Sure, you might use the disc tray and keep it dust free, unless you are a Gen Z and just buy digital copies of your games. Plus, since you can turn the PS4 on and off through the controller, you might not touch the console itself much. That means dust can collect quite easily.

Besides the dust that covers your ps4s outer casing, dust gets inside too, and you can rarely tell something is wrong with your console before your ps4 fan starts making more noise than usual. Ignoring and doing nothing about the problem will only make the problem worse. The dust will continue to pile up on the accumulated dust that is already in and around the fan. This means that the fan has to strain even harder to work and thus makes it louder and noisier.

All this is itself downright distracting. But with all of this the risk that some of your ps4 console parts could even fry out is not what one would want. With time, the fan would fail although your console would still turn on and work, but after two three hours of gaming, it would eventually overheat and shut down itself. You cannot just ignore it; you have to do something about it so keep your console from irreparable damage.

How to clean your ps4 fan?

The real question is, how will you get to the fan when it is deep inside your ps4 without taking it apart? You do not have to disassemble the ps4 to clean the fan.

The best thing you can get to clean your fan is a handheld portable vacuum cleaner. These types of vacuum get the job done and do not get half of much as suction. As a full-sized vacuum does and that is exactly what you need since too much suction could cause the dust to move to other parts of the console, most likely breaking them. 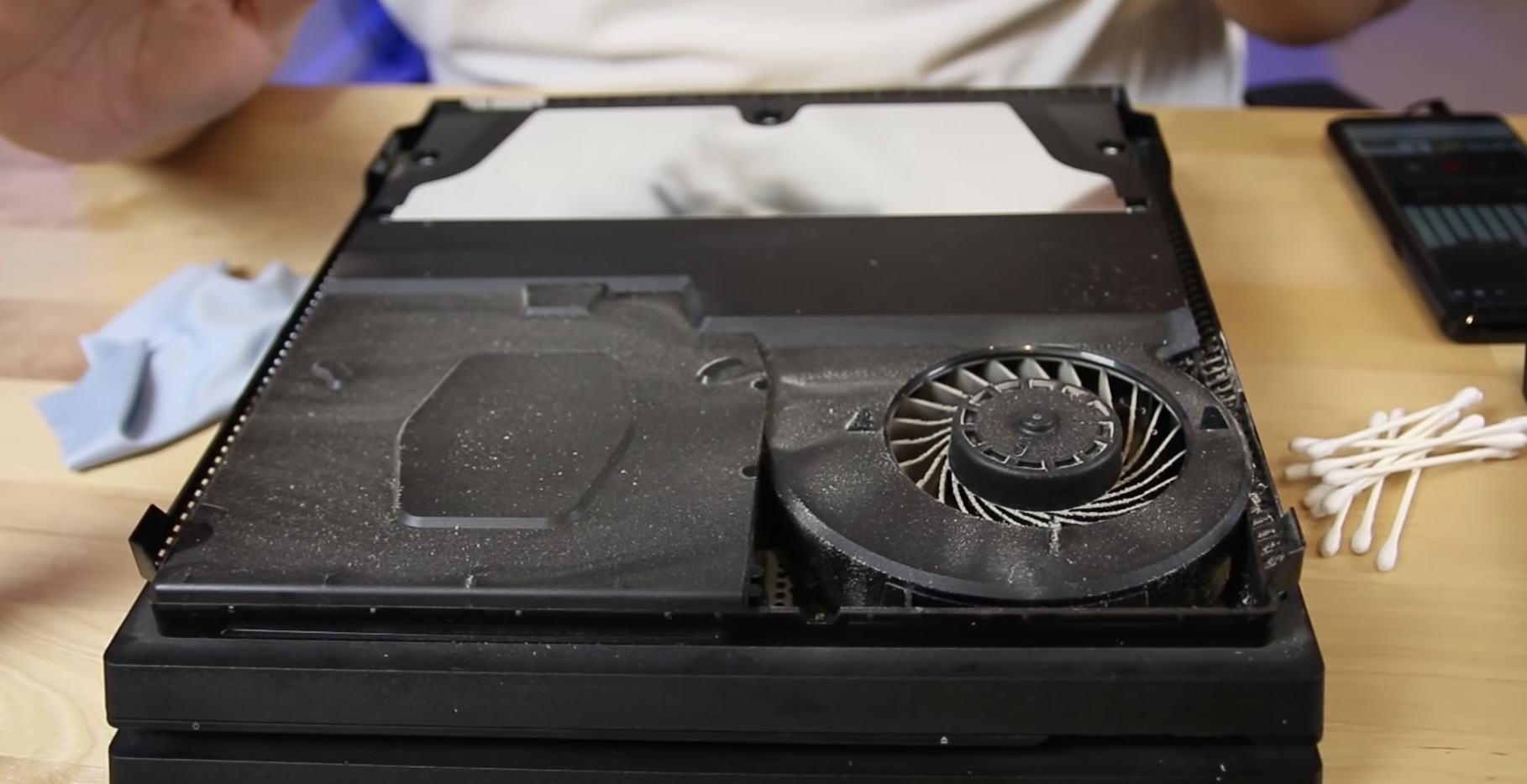 Although it may take longer to clean up the dust, its worth the damage you are avoiding.  It is not recommended to use the full-size vacuum cleaner even. Its lowest of setting because there is still too much suction. Moreover, the nozzles of a full-sized vacuum are relatively too big to clean the fan of your ps4.

If you feel like something else is wrong with your console and cleaning it did not fix. However, you can go to someone who repairs consoles if you do not have a warranty anymore.