Xbox Boss Commits To Current Console Prices, And Buying More Studios Sony turned a few heads when it unexpectedly hiked prices on the PlayStation 5 in the second year of the current generation of consoles. Naturally, many wondered if the same complicated economic situations we all find ourselves in would see a spike in Xbox prices as well. In a recent interview with CNBC, however, Phil Spencer, head of Xbox, stated that raising the price of the Xbox Series line wouldn’t be a wise move for the company right now. He also explained that Microsoft has no plans to slow down on investing in game studios, despite the Activision Blizzard bid. 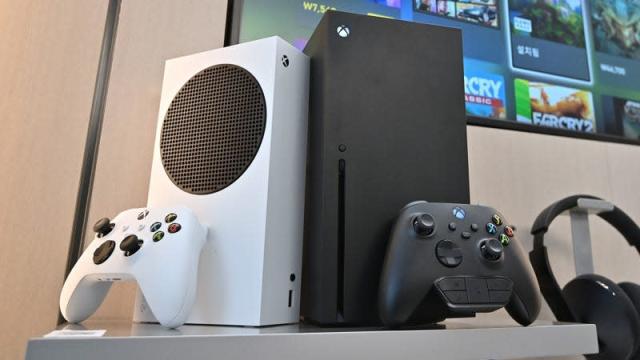 While in Japan for the Tokyo Game Show, Phil Spencer appeared on CNBC to talk about Microsoft’s potential interest in acquiring more companies, how it sees itself in the Japanese video game market, and whether or not Xbox will be following PlayStation in a price hike. Spencer stopped short of “categorically” denying Xbox would raise its prices, and instead chose to highlight the success of the more budget-conscious Series S, as well as stress that while “customers are more economically challenged and uncertain than ever,” the company isn’t presently making plans to raise its prices.

We’re always evaluating our business going forward. I don’t think we can ever say on anything that we will never do something. But when we look at our consoles today, […] Series X and Series S, we think value is incredibly important. We love the position of Series S in the market Tencent Guts Its Gaming News, which is our lower cost console. Over half of our new players that we’re finding are coming in through Series S. And I can definitely say we have no plans today to raise [the prices] of our consoles […] we don’t think it’s the right move for us at this point to be raising prices on our console.

The topic of console prices followed a conversation on acquisitions, as Phil Spencer stated that the competitive nature of the video game market means that the company doesn’t “get to press pause on anything,” laying out the size of its competitors, such as Sony and Tencent. The recent Activision acquisition has certainly ruffled some feathers between Xbox and PlayStation, particularly concerning the future of Call of Duty’s multiplatform status. On acquisitions, Spencer said:

Tencent is the largest gaming company on the planet today and they continue to heavily invest in gaming content and game creators. Sony is a larger business than we are in gaming today and they continue to invest. When you look at the investments that we’ve made, it’s a highly, highly competitive market. We strive to be a major player here. […] whether that’s investing in our internal teams […] [or] building new partnerships.

Spencer also touched base on Xbox’s ambitions to expand in Japanese markets, where it has historically struggled. He highlighted plans to build relationships with existing Japanese developers, similar to the company’s recent partnership with Kojima Productions to bring an ambitious, upcoming title to Xbox.