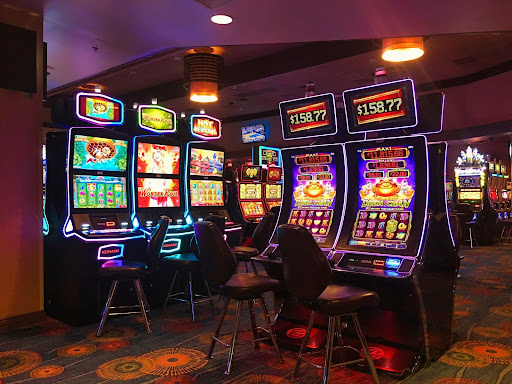 Slots are perhaps the most fun-filled casino games you’ll find online. Bettors love slots because of the exciting and often colourful themes, boppy soundtracks, and huge rewards. Unlike blackjack games, roulette, and the likes, slots are much easier to play and understand.

Game developers have continued to pour in their hearts and souls to developing more interesting versions of slots. All this is to ensure we don’t get tired of spinning the reels and enjoying the game we all adore. Nowadays, there’s always a new slot machine to explore more often than not, and chances are you’ll find many slot games you’ve never played every time you sign up to an online casino.

In 2021, we had top releases like Hammer Gods, Siren Songs, and Circus Fruits to cling to. But you won’t be playing any of these games for so long as there are already new releases in 2022. Some of the hottest slots have already been released on different online casinos and we’ve barely crossed the middle of the year. Let’s take a good look at some of the most interesting slots that have been released in 2022.

You probably already know Poseidon to be the god of the sea. This interesting slot game drew inspiration from the Greek mythological story of Poseidon and has an underwater theme. It was launched on January 20 by Booming Games and has been doing numbers since then.

This slot version is more like a sequel to the critically acclaimed game, Book of Tombs. Book of Poseidon is a standard five-reel, three-row slot machine with an orchestral soundtrack that gives you that Beethoven/Mozart type of feel and an ocean-like background.

Sea turtles, dolphins, octopus, and Poseidon will pay you on the high with Poseidon being the highest (it can earn you up to a staggering 5000 times your initial bet). It also has symbols that pay on the low. Book of Poseidon offers 95.68% RTP

Dwarfs fortune was released into casinos on March 9 by the popular gaming company, Wazdan. Its theme is based on mining gold treasures. Dwarfs Fortune has three rows and five reels, and an extra horizontal reel, three jackpots (pink, green, and red gems). The red jackpot can earn you as much as 2500 times your bet.

Virtually everyone loves to hear or read about the Legend of Pirates, so if you’re a pirate-lover, this slot version will definitely catch your fancy. It was developed by Slotmill and released on March 22. It has an animated sea as its background plus a ship sailing on it.

Drunken Sailors has five reels, four rows, 40 paylines, and offers 96.14% RTP. Here, you can win as much as 5000 times your bet. And if you’re able to maximize its mystery symbol, you’ll earn free rewards.

On March 24, Kalamba Games released its own slot machine inspired by Greek mythology. This version is quite different from the standard slots you’re probably used to. It has six reels and three rows but can increase to seven reels and six rows, hence the name ‘Super Size.’

This slot machine also has many paylines, up to 117,649 based on how big the structure is. Its wild symbol is an Atlas while its scatter is a golden planet.

Do you want to know what its maximum payout is? A mouth-watering 50,000 times your total stake.

This is another online slot machine that can earn you lots of money. The Gold Collector was released on March 29 by All41 Studios, a gaming developer powered by the renowned Microgaming software company.

It is a five-reel, four-row, and 50-pay line slot machine that draws inspiration from real-life treasure mining, more like a treasure hunt. This slot centres around mining gold and diamonds while avoiding dynamite explosions. It has five symbols that pay on the high which can earn you between 0.5 to 15 times the value of your initial bet.

There are also five symbols that will pay you between 0.2 to 2× your initial bet.  This version features five jackpots and the highest can pay you up to 1000 times your bet, and offers 96.40% RTP

If you are an online slots guru, chances are that you’ve seen and played the original Moon Princess. This version is a reboot of the original game and was launched by Play’n GO on April 7. It features a lot of cartoon themes and has five reels, five rows, and a win multiplier that can earn you as much as 15,000 times your total stake.

The storm, star, and love princesses can pay you around five to 20 times your bet while the circle, star, heart, and bell symbols can pay between two to three times your bet. Moon Princess 100 offers 96.2% RTP.

We won’t fail to name other popular slots like Phoenix Queen Hold ‘n’ Link from Spin Games, the Easter Fortune developed by SYNOT Games, and Cash Truck from Quickspin which were also released this year.