This article is about How to complete Rey’s Escape Challenge in Lego Star Wars: The Skywalker Saga. In LEGO Star Wars: The Skywalker Saga, players will go over different Level challenges during missions that are barely noticeable. The Rey’s Escape Level challenge is a piece of the Starkiller Queen mission in Episode VII: The Force Awakens. It is one of the least demanding Level challenges to complete, however, players can miss this area during their fight with the Stormtroopers. How to Complete Rey’s Escape Challenge in Lego Star Wars: The Skywalker Saga

Toward the beginning of the level, instead of going left towards the rifleman span and completing the Rug Pull Challenge, go right. You can complete the Snowed In Challenge on your way along this hall assuming you need to Unlock Teedo, however for the Rey’s Escape Challenge, you want to make a beeline for the finish of the passage, where there’s an enormous window with a view across a totally open piece of the base. There’s a cleaning truck close by, so look out, the floor might be wet and elusive from being wiped as of late.

Go straight up to the window and you’ll see Rey arise on the far side. She’s being pursued by a Stormtrooper, however she drops down off the edge and hangs down there where the Stormtrooper can’t see her. As the bewildered Stormtrooper continues searching, Rey opens a trapdoor in the divider and escapes. In the mean time, you’ll complete the Rey’s Escape Challenge.

The Skywalker Saga-Guide to Complete

To begin with, squaring toward the First Order Stormtroopers and defeating 30 of them.
When you rout 30 of them, Captain Phasma will emerge.
Head towards the enormous window on the right side. The window coordinates are X: – 13.5, Y: – 0.0, and Z: 2.8.

Underneath you can find every one of the level challenges in Lego Star Wars The Skywalker Saga, split between each of the nine episodes: 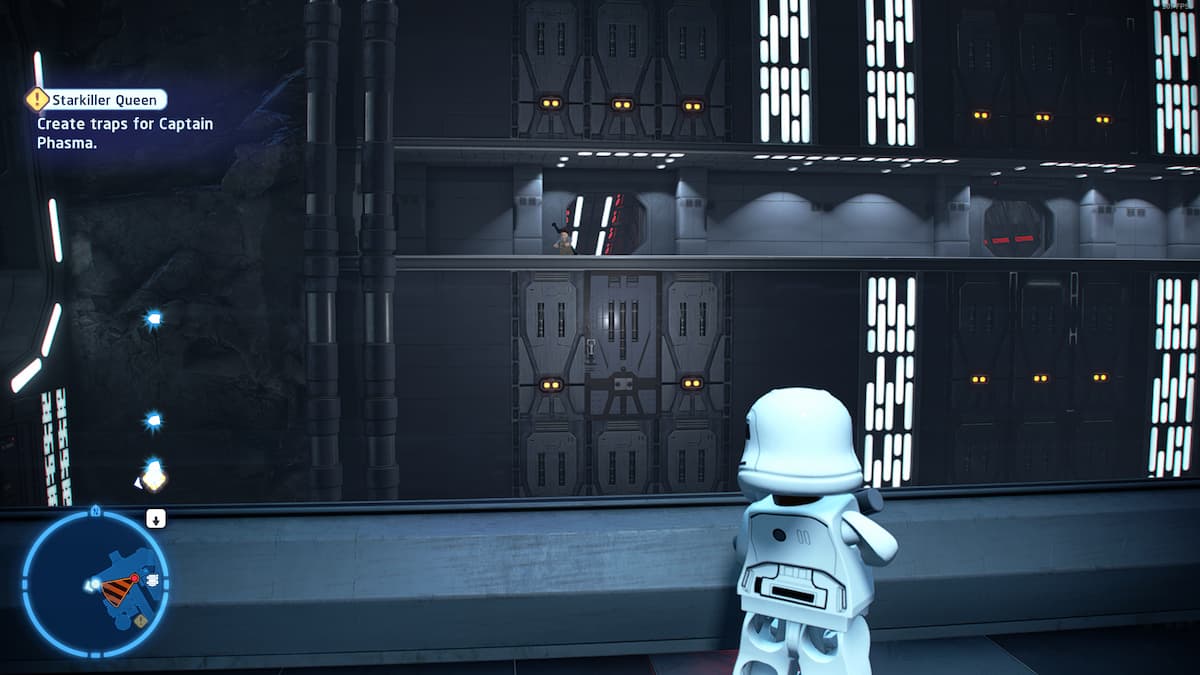 In First Order of Business, you can arrive at the finish of the level in four distinct ways. Through the holder, by following the commandant and acquiring his key, distracting the officer with the disco ball, or by sneaking through the underground passages.

Make a beeline for the right when the mission begins and eliminate the adversaries before the enormous window first. The coordinates for this window are given underneath, and players can see it in the picture above. Screen capture by our aides Related: How to Complete the Be Rey-ly Quiet Challenge in LEGO Star Wars Skywalker SagaLook through the window from this area to see Rey escaping the scaffolding.