Twitch, a live streaming platform catering mostly to the online gaming community, has over 140 million unique monthly users! At any one time, millions of people around the world are using the Twitch website, mobile or console app to watch their favourite streamers play the games they love the most. On the flip side, those streamers are broadcasting gameplay to their audience: creating content that’s engaging, enjoyable, and – most importantly – adheres to Twitch’s Terms of Service (TOS).

As a streamer, you can even start making money on Twitch by becoming an affiliate or Twitch partner, provided you put lots of effort into building the popularity of your channel first.

In this article, we’ll walk you through all of the restrictions Twitch places on its streamers, including its age restrictions – how old you have to be to stream on the platform.

If you’re somebody that wants to start streaming on Twitch ASAP, without having to read through the long and extensive Terms of Service, then you’ve come to the right place.

We’ve read the TOS for you, and have compiled a list of the key restrictions regarding what type of content you can produce, and who can produce it:

How old do you have to be to stream on Twitch?

Twitch makes its age limit very clear. You have to be at least 13 years old to create a Twitch streaming account.

In addition, if you are between the age of 13 and 18 (or whatever your country’s legal age of maturity is), you may only stream on Twitch if you have the permission and supervision of an adult.

Even though you can start streaming on Twitch at 13, the platform is not recommended to children this young. Twitch is aimed at an audience of 15+, with around 70% of its users belonging to the 16-34 age bracket.

Many streamers will actively kick younger users off their channels, or out of their chat rooms, if they believe them to be too young to watch their content.

When it comes to making money as a streamer, even though you can begin streaming on Twitch at 13, most esports marketing agencies and sponsors will not offer you a contract unless you can prove you are over 18. 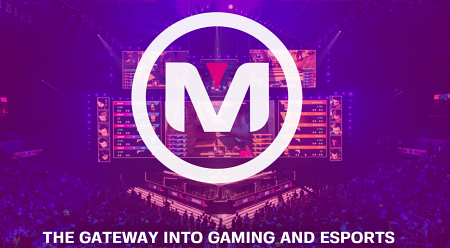 Why do you have to be 13 to stream on Twitch?

It might seem unfair to you that you have to be 13 years old to stream on Twitch, but there are plenty of good reasons for this.

Most of the most popular games being streamed on Twitch have a 16+ legal age rating, meaning that much of the content available would not be age appropriate for younger viewers. These games may include graphic violence, complex and upsetting emotional content, foul language, nudity and more.

Drug and Alcohol Use

Provided it is legal to do so in their country or state, streamers can use drugs (like cannabis) and alcohol whilst streaming. Different countries’ legal age to use these substances is generally between 16 and 21, meaning that it would be inappropriate for children younger than 16 to see them being used.

Bad language is synonymous with online gaming. During an average stream – especially of more stressful games like Call of Duty, Fortnite, or PubG – viewers are liable to hear bad language on the part of the streamer. There’s an even greater chance that they’ll read bad language in the chat to the side of the video.

Unfortunately, even family-friendly, or child-oriented streams of children’s video games, can often be beset by bad language in the stream chats. Usually, this is down to individual Twitch users who search for streams like this to troll.

One of the most controversial developments in Twitch history has been the introduction of the “Pools, Hot Tubs & Beaches” category.

In addition to new categories like “Music”, “Podcasts & Talk Shows”, and “Sport”, this is a category devoted almost exclusively to female streamers wearing bikinis and lingerie whilst sitting near (or in) water, often performing specific actions in exchange for donations (“bits”) or paid subscriptions.

The reason channels in this category have come under scrutiny of late is that the services they offer to viewers are undeniably sexual in nature.

In terms of age restrictions, with content like this available for anyone to watch at any time, it is in the best interests of streamer safety that no-one under the age of 18 be allowed to stream without supervision, lest they put themselves in vulnerable and/or illegal situations.

Twitch restrictions all streamers need to know about

You have to be at least 13 years old to stream on Twitch. But what about other restrictions, too? There are plenty of things you need to be aware of if you’re going to be a successful streamer, and run a Twitch channel without facing any bans.

You must adhere to the laws of your country and state at all times whilst streaming on Twitch. This means that if it’s not legal off-Twitch, it’s not allowed on-Twitch. Restrictions on all illegal activity whilst streaming on Twitch also apply to what you say: even if you’re not actively breaking the law during a stream, it is still prohibited to encourage your viewers to do so.

Twitch keeps a close eye on even the smallest streamers and channels on the platform, to ensure that everyone is playing by the rules. If the moderators at Twitch find that you’ve breached one of their Terms of Service, then they will likely punish you by suspending your account. It is against the rules on Twitch to actively promote or host another user who is currently serving a suspension ban. Equally, it is against Twitch TOS to use other accounts or identities if you have already been suspended.

As streamers, it’s super important that we remember we are acting as role-models to our viewers. Friends and entertainers? Yes, we are those too, but role-models all the same. As such, it’s our job to look after ourselves and our audience by not using our channel to carry-out or encourage any self-destructive behaviour.

Twitch is an amazing platform, where streamers and viewers create communities in which they can help each other by discussing difficult topics and sharing stories. But it is not a place to promote negative, unhealthy behaviours which can lead to the hurt or death of others.

If you’re struggling with depression, anxiety, and/or any self-destructive behaviours, just know that you are never alone – that millions upon millions of people all around the world are going through something similar right now, or have done in their past (and survived).

The best thing you can do, instead of broadcasting yourself on Twitch, is to seek professional help. Talk to a doctor or therapist as soon as you can, and be honest (never embarrassed!). Talk to a friend and/or a family member you can trust. There are always resources available to you, including these ones compiled by Twitch to offer help to the Twitch community.

One of the most serious restrictions on Twitch is against any and all acts and threats of violence. These include verbal or written threats made against other users to physically harm them, kill them, hack, DDOS or SWAT them, as well as any actual attempts to follow through on these threats. Similarly, you cannot use your streaming channel to promote or incite acts of violence or terrorism. Keep the violence in the game world! There’s no need for it anywhere else.

Similar to Twitch’s ban on all threats and acts of violence is their prohibition of any and all harassment. Harassment covers any behaviour which makes someone else feel intimidated, frightened, coerced or upset. Within this bracket falls any hateful conduct or hate speech, including discrimination against someone based on any one of the following protected characteristics:

It is prohibited to impersonate someone else on Twitch.

You cannot share information about other people without their permission. Period. This information includes anything which might identify them (such as their real name, location or ID), as well as any restricted/private social accounts, or anything else which may violate a person’s sense of privacy and security.

As streamers, Twitch restricts us to producing content which we are aware of as being true, or otherwise framing it as our personal opinion, and not backed up by fact. Likewise, it is prohibited for streamers to spam their audiences with unauthorised ads or unwanted messages. Paid sponsored ads are fine, but only if a contract with the brand/company in question has been signed.

Twitch is pretty strict about what you can and can’t wear whilst streaming. This includes underwear, swimwear and lingerie (which you can only wear if streaming under the “Pools, Hot Tubs & Beaches” category). Similarly, it is prohibited to exhibit nudity, produce sexual or pornographic content, or to engage in sexual acts. It is also prohibited to promote sexual violence or exploitation.

Streamers are not allowed to produce content with an excessive focus on extreme violence or gore.

Whilst gambling is – also controversially – now a cornerstone of Twitch, streamers who play online betting and luck-based gambling games are restricted to keeping the content in-video. You are not allowed to link to (or promote) online gambling sites in your bio or stream/channel description.

Twitch streamers are asked by the platform not to stream any content which is not yet openly available to the public. This includes pre-release game packages, as well as closed beta and alpha testing sessions for games in development.

You must be 13 years old to open a Twitch account and begin streaming or subscribing. Even then, however, you must have adult supervision and permission to use Twitch between the ages of 13 and 18. You can only begin making money as a brand ambassador on Twitch from the age of 18.

As a streamer of any age, you are also bound by a strict set of restrictions – regarding sexual content, harassment, violence and threats, and the laws in your country – to keep your live streams as inclusive, welcoming, accessible and enjoyable as possible. Good luck, and happy streaming!