Bingo is popular around the world. Like many games, it brings people together in a friendly but competitive way. These people might be from different cultures but bingo’s simplicity and universality help with any potential divide.

If you are playing the game in a different country, is there any difference in how it is played? If you fancy a holiday with a game of bingo thrown into the mix, we are going to explore some of the places worth visiting.

The Traditions of the United Kingdom

The game is still huge across the United Kingdom. It has had fans across the UK since the late 1960s, where its popularity was arguably at its peak. The local bingo halls were busy on most Friday and Saturday nights. The entertainment value was worth the visit alone.

Bingo’s popularity has continued but in quite a different way. Thanks to its simple rules, it was easily and very successfully brought to the online gaming sphere, allowing thousands of new players an introduction to the game.

Bingo now has a huge presence online and has a mix of classic versions and new iterations, like Deal or No Deal bingo and The Voice bingo. This eclectic mix means that the world of bingo online can transport you to some of the bingo halls of old or can also offer something more unique. Needless to say, the UK would be a great place to visit for bingo as it’s entrenched in the entertainment culture there. 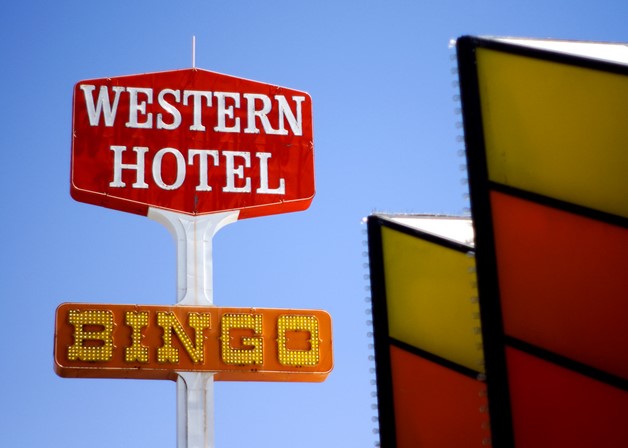 The Razzmatazz of the United States Bingo Halls and Casinos

The United States is known for adding a level of glitz and glamor to its games. Bingo is no different. If you visit one of the many casinos in Las Vegas, you will see several bingo games on offer. These vary from nice and quiet to loud and boisterous. Like in the United Kingdom, the online version of the game is also becoming extremely popular. If you have fallen in love with the game in Las Vegas and beyond, then you will see something inspired by those bright lights.

Back to Where It All Began in Italy

Did you know that the origins of bingo date back to 16th century Italy? Historians believe the game you know and love began life as a lottery called ‘Il Gioco del Lotto d’Italia’. The game with many links to the past remains popular across the country. The region of Campania has several bingo halls to visit and has become extremely popular with locals and tourists alike.

Or How about a Trip to the City of Love?

Paris is known for several marvelous attractions, and there are so many things to do. You can visit the Eiffel Tower or Louvre Museum. Tourists also love a glimpse of the Cathédrale Notre-Dame or a trip to the Arc Du Triomphe. Did you also know that the city also has a strong relationship with the game of bingo? The game made the journey from Italy around 1770 and has been popular ever since. Those French lessons from back in school are about to come in useful.

So Where Is the Best Place for a Game of Bingo?

This ultimately depends on your personal preference. Do you want that extra layer of glitz and glamor amongst the surroundings, or are you more looking for a chilled-out experience? If you’re a keen adventurer, then a visit to Las Vegas is an absolute must. The fact it has several bingo games to play is a great bonus.

It will also be interesting to see if the game becomes popular in other countries. It has started to see more interest in Japan. This is a country with a fascinating culture and a strong relationship with technology. Could their unique take on entertainment and gaming help forge a new form of bingo?