Whilst many play classics like the Halo Infinite Game and other console titles, some underestimate that a pack of cards is one of the most versatile recreational items you can own. Card games have been played for thousands of years and there are more versions out there than you imagine. Games great for playing with the family, with friends, and even on your own. If you’re looking for a new hobby that can be done from home and won’t break the bank, then why not try out some of these fantastic card games and see if you can find a favourite?

If you’ve got children then card games are quick to play and easy to teach, so they can play them straight away. A good one to start with is Old Maid. Take three of the queens out of the deck, shuffle the remaining cards and deal them out equally amongst the players. Everyone fans their cards out in their hands and players take it in turns to take a card from the hand of the person on their left. When you make a pair, remove the cards from your hand. Eventually, only the queen will be left, and the player left holding her becomes the Old Maid and loses.

If you want a bit more interactivity, then try Go Fish Game! instead. Deal each player a hand of 7 cards and place the rest on the table as the draw pile. The first player picks an opponent and asks them for a specific card, e.g. “Do you have the five of hearts?” If they do, then they hand it over and the first player gets another go. If they don’t, the first player is told to ‘go fish’ and takes the top card from the pile. When you have the complete set of four matching cards, remove them from your hand. The winner is the person at the end with the most sets. You have to keep your wits about you for this game, because there are plenty of opportunities for stealing sets from other players if you keep track of who is asking for what. Older kids especially will love getting a set off their parents! Another great game for older children is Cheat. 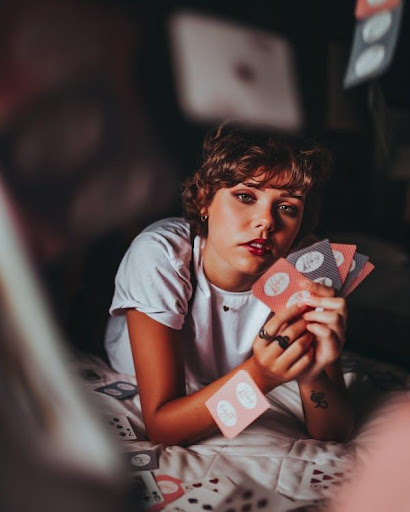 If you and your friends have got the time and the desire to learn something more complicated, then there are dozens of games you can play together. One of the most popular is the poker ring game, and there are many different varieties that you can try. If you don’t know how to play poker, the easiest way to learn is to have a browse through an online guide. The basics are very simple, each player attempts to make the best five-card hand that they can out of a combination of public and private cards. Winning hands range from a royal flush – A, K, Q, J, 10 of the same suit – to pairs and high cards. Each game is made up of a predefined number of hands, and if you are playing with chips and bets, then you can link several games together into a tournament. 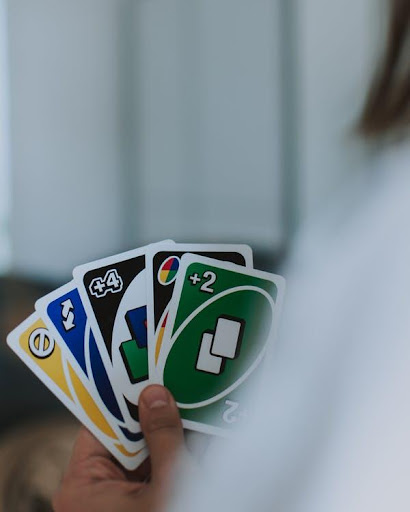 Another popular game that plays with four is Hearts. Hearts belongs to the trick-taking subsection of card games, except with a twist – the idea is to make your opponents take the tricks and keep your score low. Hearts are always the trick suit, but the Queen of Spades acts as an extra and she is worth a catastrophic 13 points. Dumping the Queen of Spades on an opponent makes you feel deliciously wicked, and you’ll have to watch your back in later rounds as they’ll definitely be out to get revenge. Players play clockwise around the table, Freecell and with the first player laying down a card and subsequent players following suit. If you don’t have a matching card then you can play anything. The player who played the highest card of the leading suit wins the trick. All hearts are worth one point and the game plays until someone has scored 100.

Anyone feeling ambitious might like to try collecting all the point cards – called shooting the moon – for a huge bonus.

Card games can also be played by yourself, often requiring you to use logic to restack the deck from a spread out arrangement, or clear the board. There are many different variations, with some of the most popular such as Klondike, FreeCell, and Spider available for free online. Another great variation is pyramid solitaire game. The cards are dealt face down in a pyramid arrangement, starting from the top and finishing at the 7th row, which are then turned face up. The idea is to clear cards in pairs totalling 13, using the face-up cards and the top of the draw pile. Once a new card has been uncovered – by removing the pair on top of it – it can be turned over and becomes playable. There is also a variation called Tri-peaks, where three smaller pyramids are used.

Having a few card games in your repertoire gives you the chance to whip out a pack for instant fun anywhere. If you’re looking for a new hobby, card games are well worth looking into.